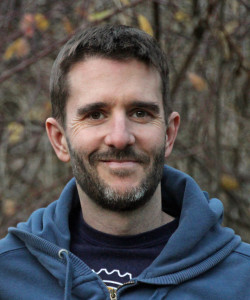 Roland was raised in Berkeley, California, along with his sister, Cleo, in a home designed and built by their architect parents, John and Helene Vilett. He attended Black Pine Circle in Berkeley, the College Preparatory School in Oakland, and graduated from Cornell University in 1991 with a B.S. degree in Computer Science. Roland began his career in software engineering in Santa Barbara, where he met Eileen Otis. They were married in 1996 and lived in Berkeley for eight years before relocating to Boston, then Long Island and ultimately, Eugene, Oregon. After an amicable divorce in 2010, Roland met Devin Robel.

Throughout his 24-year career in software engineering, Roland worked for Green Hills, Worlds, Active Worlds, Maxis, Electronic Arts and, most recently, X1 of Pasadena, with whom he was tele-commuting.  In 2012, he established his own consultancy firm, Disparity Solutions. His company was named after the software backup program he created and maintained online for free.

During the years he spent with Devin, Roland was living his dream. By working part time he could indulge in his passion for power tools and the outdoors, improving their garden, maintaining the house, and amassing firewood for winter heating.  As an avid environmentalist, Roland drove an electric car and was in the process of installing solar panels at home. He tutored students at the University of Oregon in Computer Science and was a major contributor to, and Treasurer of, the Disciples of Dirt (DOD), a local mountain biking group geared towards trail cultivation and maintenance. Two memorial benches will be placed along Roland’s favorite trails by the DOD and US Forest Service in his honor.

Roland was killed in the driveway of his home in Pleasant Hill by a speeding car that spun out of control.  He is survived by his partner Devin Robel, his sister Cleo Vilett, and his parents.  Roland’s family has received hundreds of testimonials from friends far and wide.  He will be forever missed by those who knew and loved him.